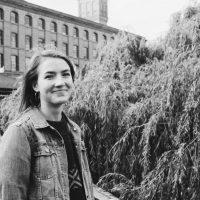 ((HEADER)) Over Under Coffee opens second location in Soho

((BODY COPY)) 9 months after opening their first location in Earl’s Court, Over Under Coffee has launched their second site in Soho’s Ham Yard.

The London café opened its Earl’s Court location in February of this year. Their new site, located opposite the Ham Yard Hotel, opened its doors on November 9th.

The café was approached by the Ham Yard about filling open retail space 2 months ago. Over Under creative director Monwar Hussain says that although the company wasn’t looking to expand so quickly, “[they] all fell in love with the space” and decided to push ahead.

Founded by 26-year-old Ed Barry, Over Under quickly gained traction through Instagram. From hiring staff to collaborating with bloggers, Instagram has been a crucial tool for promoting the brand. Hussain is planning two events at the Soho location to look out for in the new year, “both to do with bloggers and influencers.”

While Barry and Hussain plan to expand more in the future, their aim now is to strengthen the brand and focus on their existing sites. Drawing from past experiences working for other companies, Hussain says, “We’re thinking about Earl’s Court and making it even busier […] and giving it a little revamp and a bit more love. I think that’s what companies miss out on […] they open a new store and they forget about their first.”

2210 Fashion originally launched in 2014 as a retail platform for young, up-and-coming designers, but was forced to shut down after just two years.

Cameron took a year off to focus on other projects and strategize for a more successful re-launch. “I have a five-strand strategy for the return of 2210,” says Cameron. “But I’m not ready to share it with the public yet.”

Cameron can say that he hopes to develop the website beyond retail this time around. “I’d like to push it further and see what we can get done. I want to get an editorial team on board to create content that goes hand-in-hand with the stuff we’re selling.”

Cameron is reaching out to designers via email and Instagram to get them onboard. On why designers would want to sell on 2210 Fashion rather than a more established site, Cameron says, “It’s smaller and more personal. They won’t be competing with hundreds of other brands for clicks. And they get to help drive the content on the site. I’m really doing this for them.”

During the company’s first two years, Cameron was advised by Peter Fitzgerald, President of Innovation & Digital of the British Fashion Council. For the re-launch, he has plans to meet with Kate Phelan, previous Creative Director of Topshop, in addition to getting Fitzgerald on board again.

When asked what the main difference will be between this launch and the last, Cameron says “I gave 100% of myself to this project last time and it was detrimental. I won’t make that mistake this time. This is just unfinished business to me. I want to put in 10% just to get it into someone else’s hands. Then I can walk away.”

((BODY COPY)) Last season, Creatures of Comfort creative director Jade Lai presented a “glamping” collection, inspired by a camping experience she has never had and a call to nature she is hesitant to answer. Similarly, this season she showed a collection inspired by provincial life in the south of France despite the fact that she is only vaguely familiar with it. That said, for those who cannot make the trip to Nice over a long weekend, Creatures of Comfort collection “Dust” offers a satisfying alternative.

Comfort is the name of Lai’s game, and she does it well. Taking French farmers and country cyclists into consideration, her Spring 2018 collection is composed of fabrics made to keep their cool in the heat. Linen jumpsuits, cotton dresses, eyelet blouses, and silk skirts breezed down the runway - all constructed with easy movement in mind. The silhouettes were loose and simple, evoking a sense of childlike playfulness. The looks were paired with comfortable flats, sandals, and brimmed hats to keep the sun at bay. Lai even reinterpreted the corset, creating a cozier version by wrapping cable-knit jumpers around models’ waists and torsos and tying them with large knots in the front. Whether for waist definition or to keep warm, it was a stroke of styling ingenuity. Inspiration can be taken from Lai’s tactful use of layering. Perhaps the most surprising item in the show were the lace trimmed pantaloons peeking out from under the hemline of long cotton dresses.

The most visible connection between Lai’s inspiration and the Spring 2018 collection is the colour palette she chose. Bright blues of the sky and sea, sandy neutral shades, delicate seashell pinks, lavender purples, brilliant grassy greens, and sunshine yellows all evoke a mild day on the southern French coast. The colours played against a striking white brick background, and dipped in and out of the sunlight streaming through large windows as the models made their way around the West Village loft. One look in particular stood out from the rest – a brilliant sunglow silk dress that moved like liquid gold, with suede shoes and bag to match.

Outside the quaint paradise Jade Lai created for her Spring 2018 presentation, a world filled with turmoil receded into the background. During times of stress, it can be helpful to escape to greener pastures, if only for half an hour. While other designers are responding to the anger outside with deafening passion, Creatures of Comfort offers simple, joyful clothing that deliver comfort, in every sense of the word.

((STANDFIRST)) Next season brings unexpected glamour to a longstanding classic

((BODY COPY)) The Canadian Tuxedo is nothing new. As legend has it, the original denim tux was created in 1951 by Levi Strauss & Co. for Bing Crosby after the singer was denied entry to a Canadian hotel for wearing an all-denim outfit. And what we now call the Canadian tuxedo, any outfit with a denim top and bottom, existed long before that little-known incident occurred, in mines and on farms. But for as long as it has existed, the trend has been constantly evolving.

Over time, head-to-toe denim has transitioned from a utilitarian necessity to a sign of rebellion, then from a grunge uniform to a fashion faux pas. Few can forget the iconic matching patchwork denim formal wear worn by Britney Spears and Justin Timberlake at the American Music Awards in 2001. Perhaps it isn’t much of a surprise that the trend has thrived since the end of their relationship.

More recently, the Canadian Tuxedo has become a more refined norm-core staple. Swedish fashion blogger Majken Hansen loves the trend, and suggests, “[choosing] the same shade of denim for each piece to start and don’t be scared to accessorize,” says Hansen. “I often try to break it up with statement accessories, like a fun pair of shoes or bold earrings, so it doesn’t get too monochrome.” Other women are drawing inspiration from the past – sticking to classic silhouettes such as Levi’s 501s paired with the brand’s Commuter Jacket. London-based stylist Julianna Heale even suggests starting the search for the perfect Canadian tux in vintage shops. “Those are the styles that last,” Heale says. “Not to mention the materials that last. Vintage denim is so durable, you can keep it forever and it feels like a suit of armor when you put it on.”

But a suit of armor isn’t always the most comfortable clothing option and picking through vintage denim can be tricky. That’s why brands like Re/Done, which “up-cycles” vintage Levi’s, are thriving right now. People appreciate the look of vintage denim but with the comfort of modern materials, and it shows. Business of Fashion reported that “sales in the $13.5 billion US women’s and men’s jeans market grew 4 percent in 2016,” with more expected growth this year. This could just be the pendulum swinging away from athleisure, or it could be a sign of deeper social unrest. Last year the V&A curated an exhibition in partnership with Levi’s entitled “You Say You Want a Revolution?” The exhibition text made connections between Levi’s denim and the youth-driven counter-culture movements of the 1960s. Parallels could certainly be found between those social movements of the past and the reactions to far-right government in today’s political climate. Perhaps young activists are buying denim to better march in the streets.

Denim is definitely making a comeback, and it was visible in high fashion on the SS/18 runways as well. All-denim ensembles were seen on catwalks in every major city during Fashion Week this autumn, with the overarching theme being their uniform dark wash. Tom Ford found inspiration in the original Canadian Tuxedo, creating a structured jacket with angular shoulders and giant lapels. He styled it over a denim bra, paired with slouched jeans rolled up at the ankle and pointy-toed denim stilettos. Max Mara created sleek and subtle sex appeal with a raw denim jumpsuit styled with strappy black sandals. The examples were endless, but one thing was clear: the Canadian Tuxedo has matured.