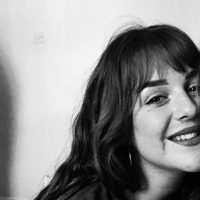 This project involved collaborating with students from various other specialism's within Wimbledon College of Arts, including Set Design for Screen, Technical Arts and Special Effects, Costume Interpretation and Fine Art, along with working alongside acting school, LAMDA, and, director and producer Anthony J Quinn.

I was initially introduced to the project in October 2016 by Rufus Martin, the production designer and original mastermind behind the film. As I had never worked on a project with a period setting before, I was keen to participate and apply both my historical knowledge of the era and my design skills in order to construct a collection of costumes that reflect upon and compliment the setting, as well as the storyline itself. I teamed up with costume designer Clara Lopez and costume interpretation student Rebecca Roberts to source the majority of the costumes from London-based costume hire store, Cosprop.

To read Rufus' interviews on the design process behind the film, please view the following links:

To watch the full movie: https://www.youtube.com/watch?v=-CVIoca8_TY